The first volume of Paper Girls begins innocuously. Our point of entry into the story is 12-year-old paper girl Erin Tieng, who’s having a rather vivid and unsettling dream in which the devil is out to kill her little sister, Missy. Erin wakes with a start, sees that her sister is alive–albeit sleepy–and begins her early morning routine. Erin is a paper girl in Stony Stream, Ohio in 1988.

Her usual route goes a little awry the morning after Halloween, though in the process of being harassed by some local hooligans, she is rescued by and introduced to three fellow paper girls — Mac, KJ and Tiffany. This is how we come to understand that the foundation of this story is budding female friendship, in the same way that the foundation of Batman’s story is traumatic loss.

What happens from there is a little more difficult to describe. In fact, I’m still not entirely sure what I read, though maybe that is the beauty of reading an ongoing comic book series. There are time-travelers, various monsters — including some sort of floating eyeball called an editrix — and alien dialects. In short, there is a lot of coded information packed into five collected issues. First-time comic readers may be a little put off, but otherwise the art is largely accessible. The color palette is beautiful and Chiang’s art is compelling as it is faintly horrifying. This is science fiction, after all.

Review for: A Monster Calls, by Patrick Ness 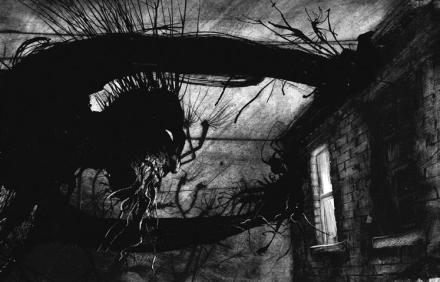 A Monster Calls tells the story of Connor, a troubled 12-year-old boy. One night, Connor awakens from his regularly scheduled nightmare at 12:07 AM on the dot. He hears someone calling his name outside, and is surprised — but not scared — to find a monster made of branches and leaves from a yew tree beckoning him. The monster will tell Connor three true stories, and in turn, Connor must tell one of his own, or the monster will eat him. Connor isn’t perturbed, and it becomes clear that he has a lot more on his mind than scheming princes, greedy apothecaries and invisible men.

Connor’s mother is battling cancer and undergoing chemotherapy. His grandmother seems to detest him, his father is too busy with his new family in America and he is being bullied at school. Each of the monster’s stories is meant to demonstrate something about the nature of truth though Connor finds himself getting increasingly frustrated with the supposed morals.

The black and white illustrations in A Monster Calls are breathtaking. Oftentimes the illustrations overtake the words, in the same way that the monster’s stories encroach upon Connor’s repressive solitude. The writing itself is very matter-of-fact and easily digestible as well. All 214 pages really pack an emotional punch without being overly saccharine, as is common in books about grief and coping.

Analysis of Reviews for Paper Girls